Dogs have been loyal companions to people for more than 10,000 years, and while you no doubt know your dog really well, some facts you likely don’t know. Our team at Fairfax Veterinary Clinic wants to help you get to know your dog better by providing interesting details about man’s best friend.

Depending on their breed, a dog’s sense of smell is at least 10,000 times more sensitive than humans. Reasons for their superior scenting ability include:

#2: Your dog’s hearing is about four times more sensitive than yours

Your dog not only has a superior sense of smell, but also superior hearing.

Dogs sweat only from glands on their paws, which is not enough surface area to cool them appropriately. Dogs mainly cool themselves by panting. When your dog pants, air circulates over their tongue and the soft tissues in their mouth, causing moisture to evaporate from these areas, their nasal passages, and the lining of their lungs. This process helps cool their body temperature. Because they don’t sweat like humans, dogs are especially susceptible to heat exhaustion, so watch your dog closely when you are out in hot, humid weather. Take water and a water bowl when you are outside for extended periods, so you can offer your dog a drink if they seem to be overheating.

You may have noticed your dog barking or twitching while they were sleeping, and wondered if they were dreaming. According to researchers, dogs enter rapid eye movement (REM) sleep about 10 to 20 minutes after they fall asleep, and they seem to dream about experiences they’ve had. For instance, a pointer may start searching for game, and point when they find prey. Small dogs tend to dream more than larger dogs, and puppies and senior dogs seem to dream more than middle-aged dogs. If you catch your dog dreaming, don’t interrupt their sleep, to avoid startling them.

#5: Your dog is extremely prolific

An unspayed female dog and her puppies can have more than 67,000 puppies in a six-year time frame. Dogs can have three litters a year, and each litter can have up to seven puppies. This is why spaying and neutering your pet is so important, because numerous pets are euthanized every year, since not enough homes can be found for puppies of unwanted litters, and spaying and neutering your pets can help mitigate this problem.

Dogs communicate differently than humans, and when you embrace them, they interpret the action as a show of dominance rather than affection. Indications that your dog is less than enthusiastic about your bear hug include panting, stiffness, turning their head away, lowering their ears, yawning, and raising their paw. You can use other, more dog-friendly ways to express your affection for your four-legged friend, such as rubbing their belly, scratching their favorite spot, or playing a game.

#7: Your dog’s nose can be used like a fingerprint

Your dog’s nose has a unique pattern of ridges and creases that can be used as identification. By the time they are 2 months old, the print pattern has been established, and does not change as they age. This characteristic may be useful in identifying lost dogs in the future. 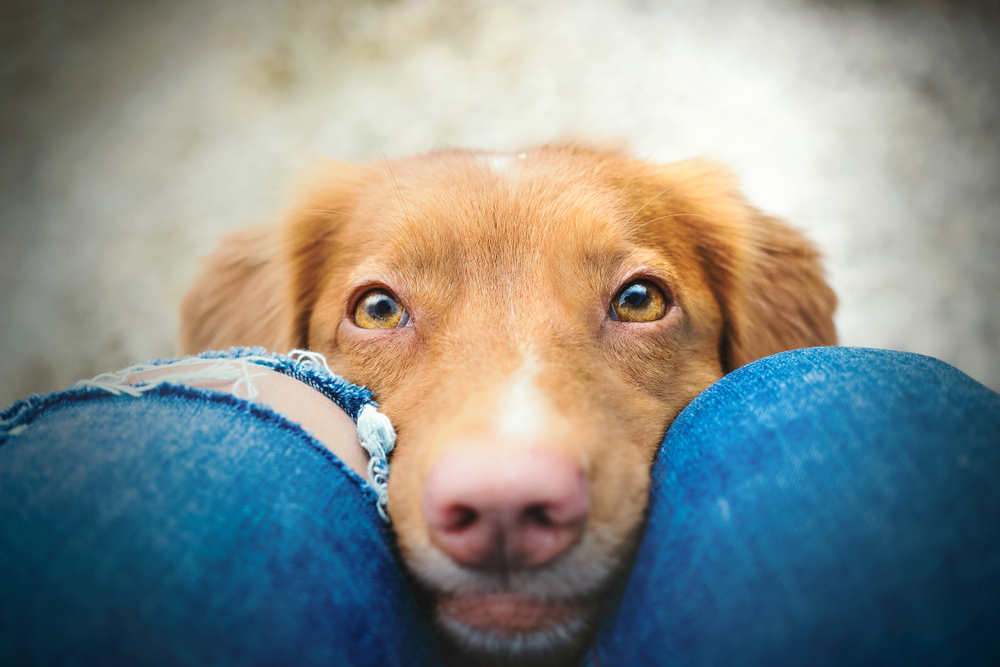 Many people think dogs can only see in black and white, and while they don’t see colors as vividly as we do, they can see colors. Their retina is composed of two cell types that detect light. Rods are extremely sensitive and function in low light, whereas cones function in bright light and control color perception. Dogs have more rods than cones in their retina, while humans have more cones than rods. In addition, humans have three cone types, while dogs only have two. Each cone type registers a different light wavelength, and dogs are missing the cone that registers reds and greens. This means your dog can detect yellows and blues, and combinations of these colors, but they can’t see colors such as red, orange, yellow, and green.

These interesting dog details will make you appreciate your four-legged friend more. If you haven’t spayed or neutered your fascinating pet, contact our team at Fairfax Veterinary Clinic, so we can ensure they don’t produce 67,000 puppies.

About the Author: FairFax Veterinary Clinic